I visited my parents in Walnut during the first weekend of May. A few weeks before, I gave back my Dad’s Canon Rebel, but I forgot to return his spare battery. Because my parents were leaving for the UK a couple weeks later, I decided to pay them a visit.

As mentioned in previous blog posts, I try to setup at least one photo shoot whenever I’m in SoCal. Since I had one whole day free (after giving my parents a ride to their friends’ house in Anaheim), I scheduled a couple of photo shoots at my usual spot at Dana Point Harbor.

To practice with my new Orlit strobe, I purposely scheduled two mid-day shoots with harsh lighting to see how well it overpowers the sun. I have never used HSS with a wider aperture as well (like f/2.8), so this was a perfect place to try it.

Unfortunately, I had to change my plans when I arrived at the tide pool. It was a bit windy and the tide was slightly higher than expected. It didn’t feel safe to use my strobe without an assistant and the risk of having it fall in the water.

So I had to work with what I’ve got. I had to use natural light in harsh lighting with no shade. I had to read the light and had the model adjust accordingly.

The first shoot was at 11am with Ashley. The sun was in a better position. It was easier to position Ashley and have her turn her back to the sun. After getting in a few wardrobe modifications at the tide pool, I grabbed the strobe from my car and set it up on a dirt trail away from the water. I loved her rainbow aviators, and the strobe made the picture “pop”. 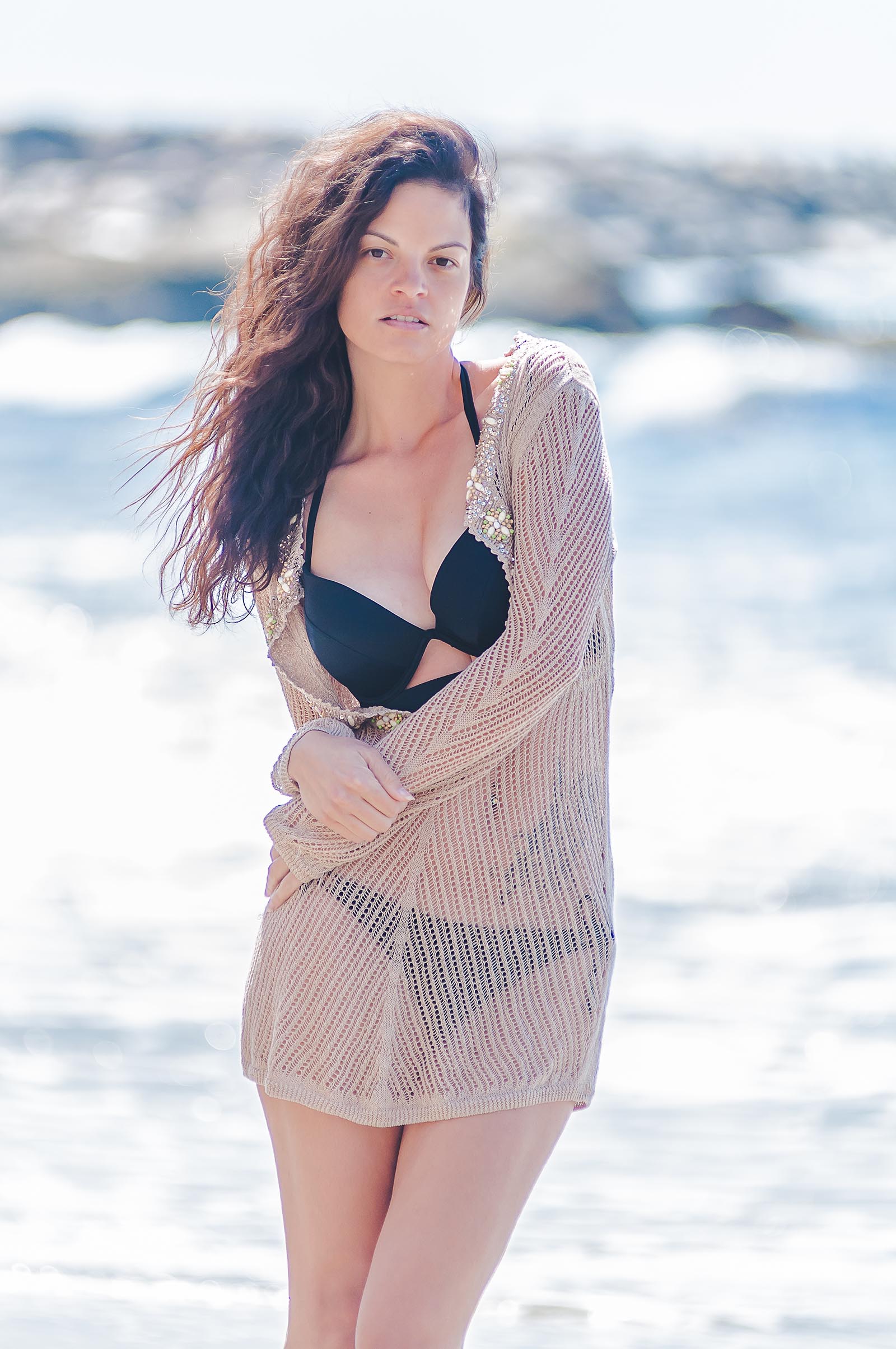 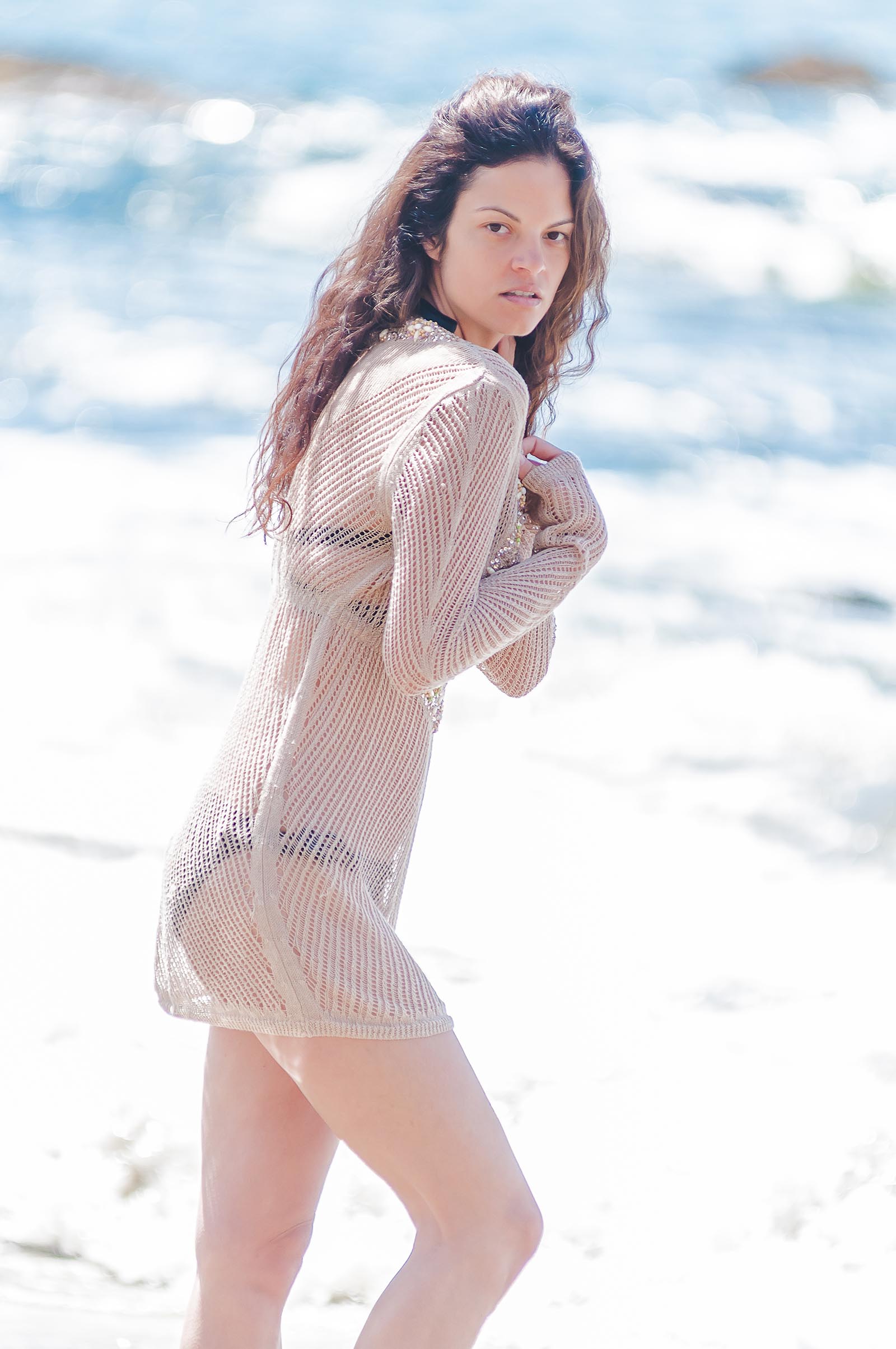 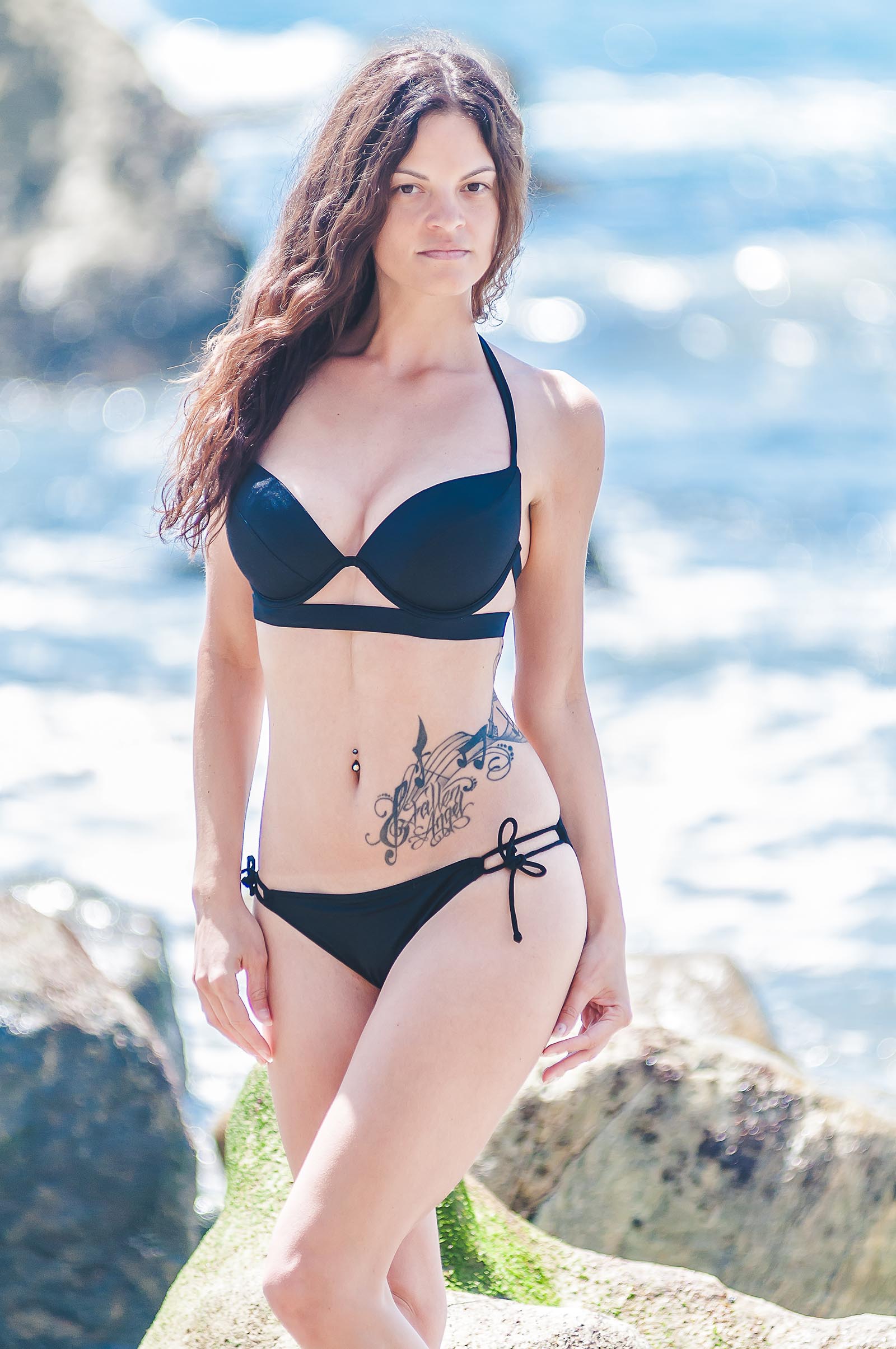 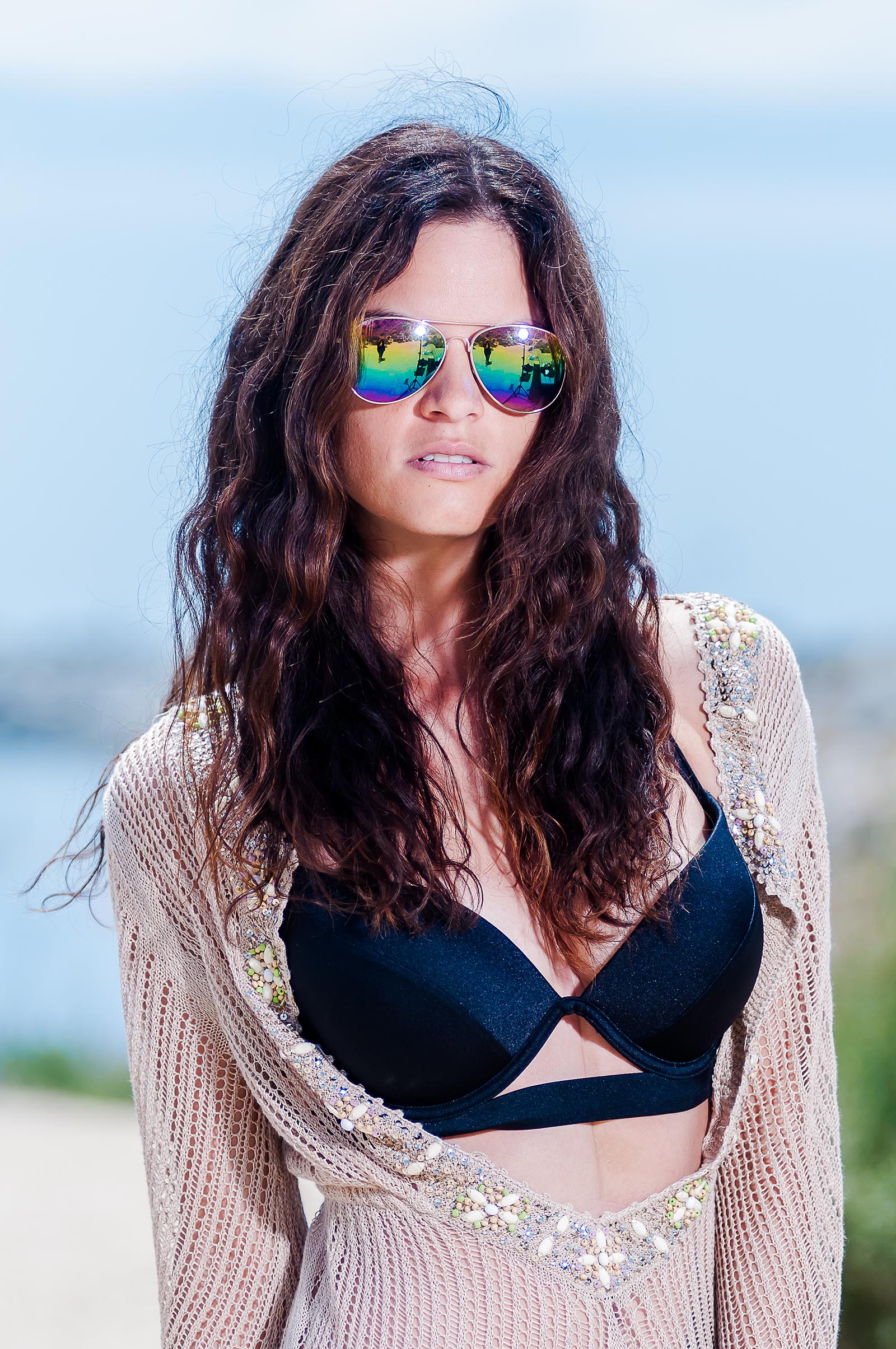 The second shoot was at 1pm with Patricia. Because the sun was right above her head, it was much more difficult to shoot with natural lighting. She had to do some adjustments in her posing, like putting her chin down so the light wouldn’t create a triangle on her nose.

We concluded the shoot at the harbor because her dresses matched the surroundings better. Also, shooting at the tide pool with natural lighting was so difficult, that I wanted to get out of there and go somewhere else! 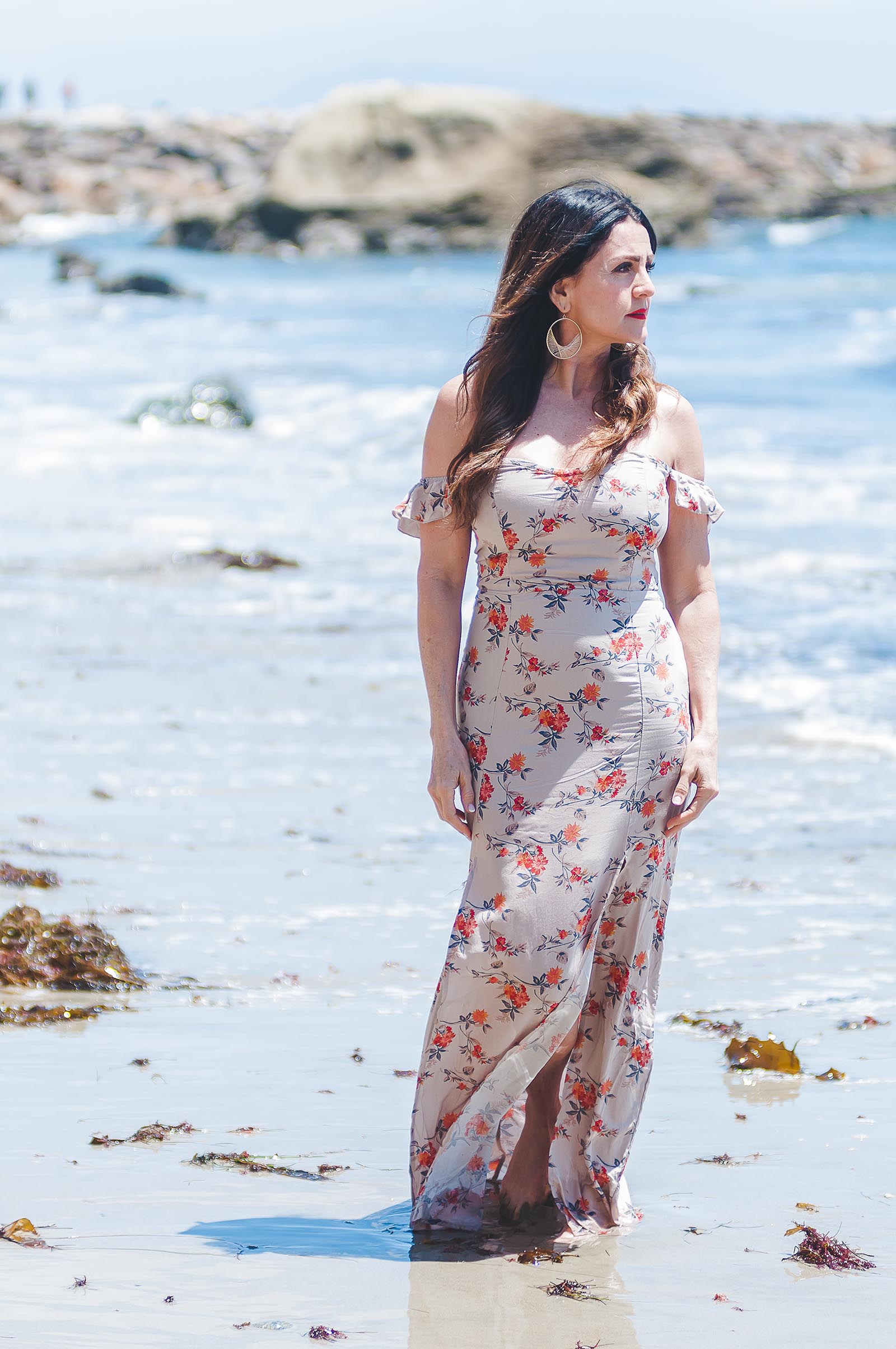 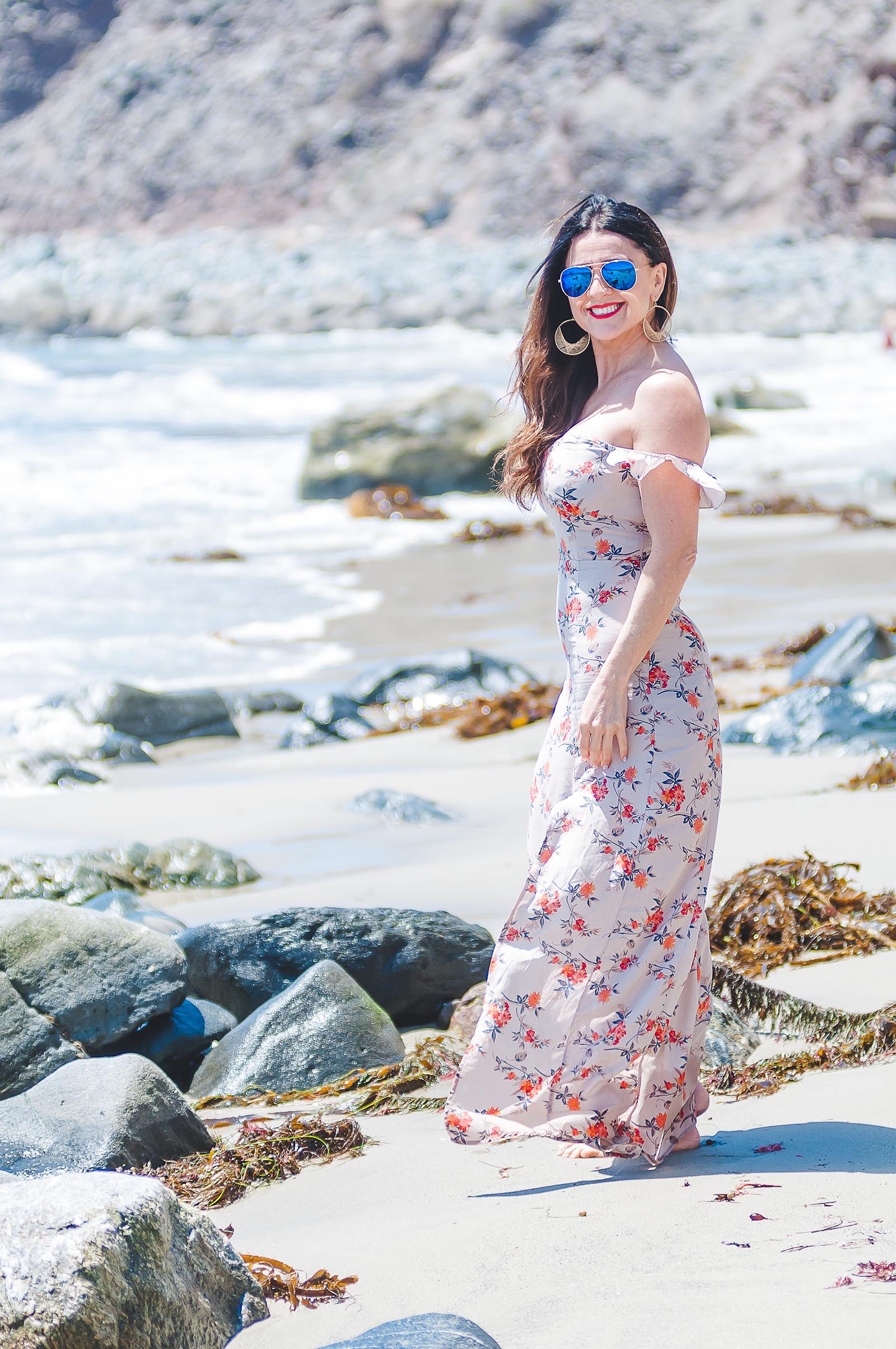 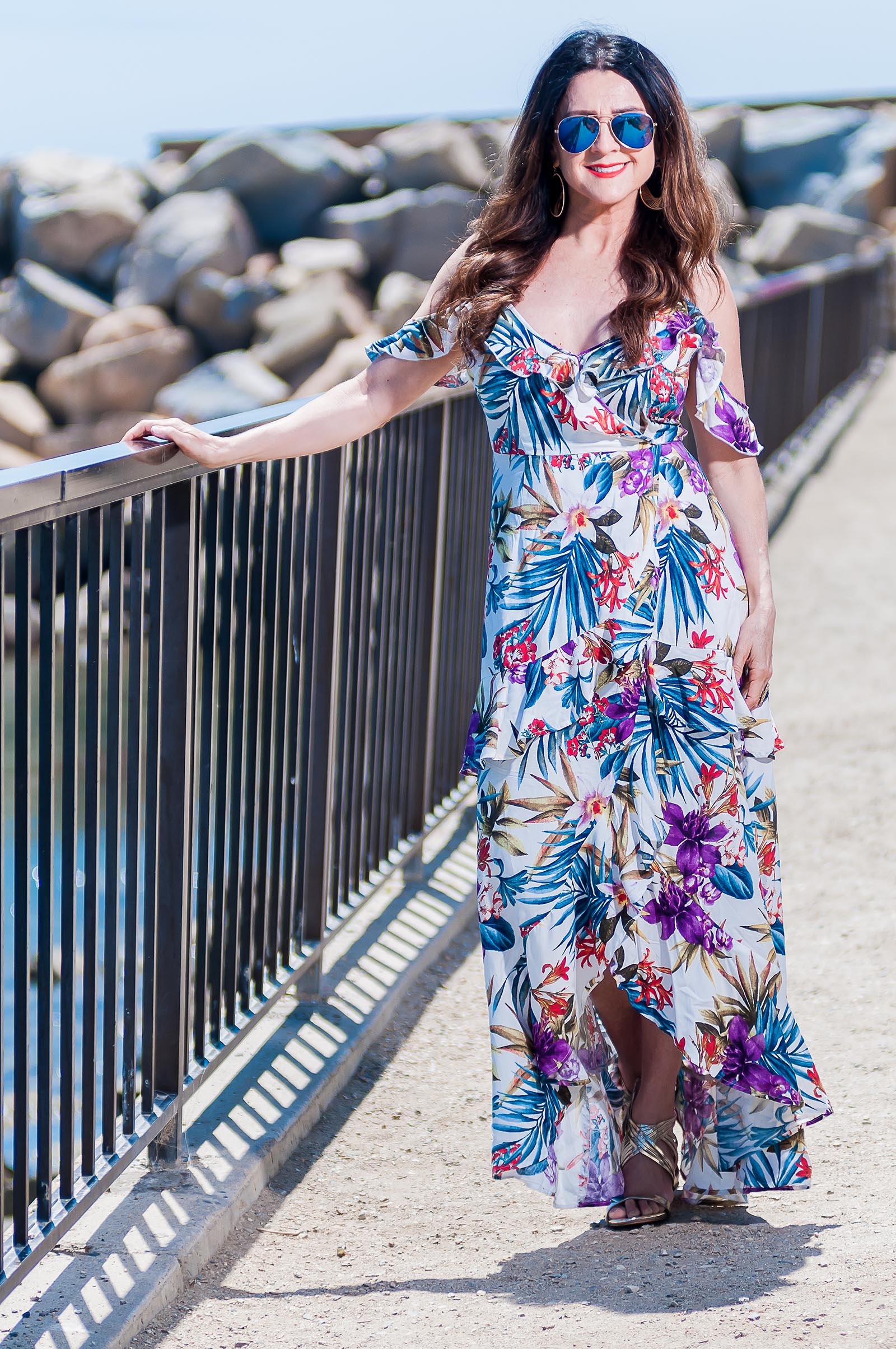 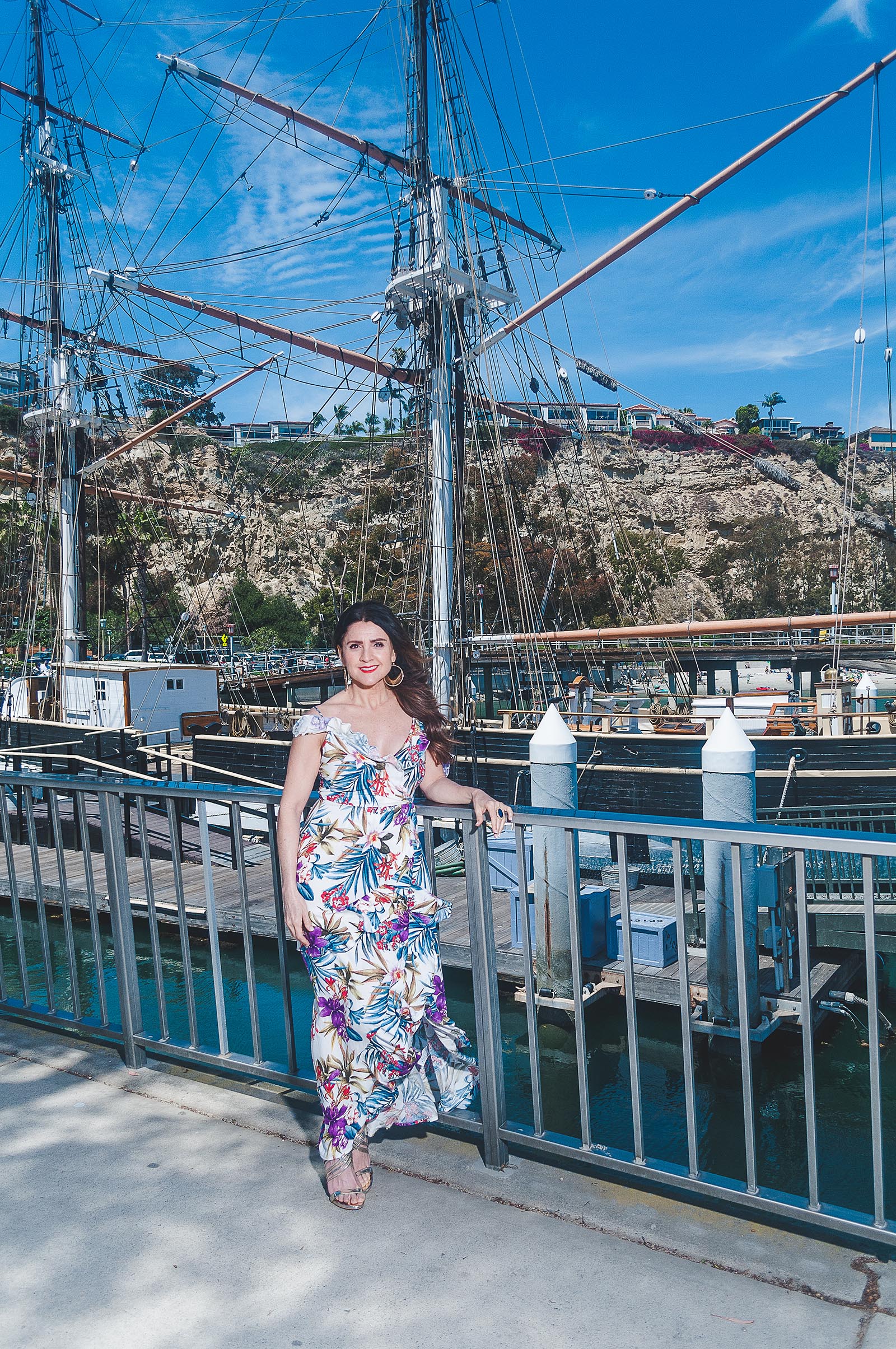