My “Shooting on a Budget” project got off on a rocky start. First of all, I was supposed to do my first shoot for this project last Sunday, but my model cancelled at the very last minute. Second, I was not successful with getting the Nikon D50 within my budget. I made bids for two separate eBay auctions, but unfortunately they were not the winning bids.

I’m part of many local Facebook modeling/photography groups. If I need to do a shoot with a model, these groups are great resources to find models. Within an hour’s notice, a model posted that she was looking for a photographer to do a Harley Quinn-inspired shoot. While posting, she was wearing a dress made out of twisted balloons and was hair and makeup ready. All she needed was a photographer on a trade-for-print (TFP) basis.

Since I had my equipment ready from last week’s cancellation (just needed to throw in my 50mm), I was ready to drive to the Arts District near Downtown Las Vegas to meet with the model and the balloon dress designer. I brought the following equipment with me:

I did the majority of the shoot with my Nikon D300 and 18-55mm kit lens. Because it was already dark, the lens had some limitations. I struggled with exposing for the ambient light because I wasn’t able to lower my f-stop to f/2.8 or lower. I need to increase ISO, but I didn’t want to crank it up past ISO 1600 because I didn’t want so much grain in my shots. Because of the lens’ specifications, I would have to adjust the power of my speedlight if I were to zoom in at 55mm, as well as adjusting my camera to a slower shutter speed. The more I zoom in, the less light the lens allows. I was at f/5.6 zoomed in.

I was reluctant to use my 50mm lens, but in order to get the Stratosphere in the backdrop, I had use it because of its low-lighting capabilities. 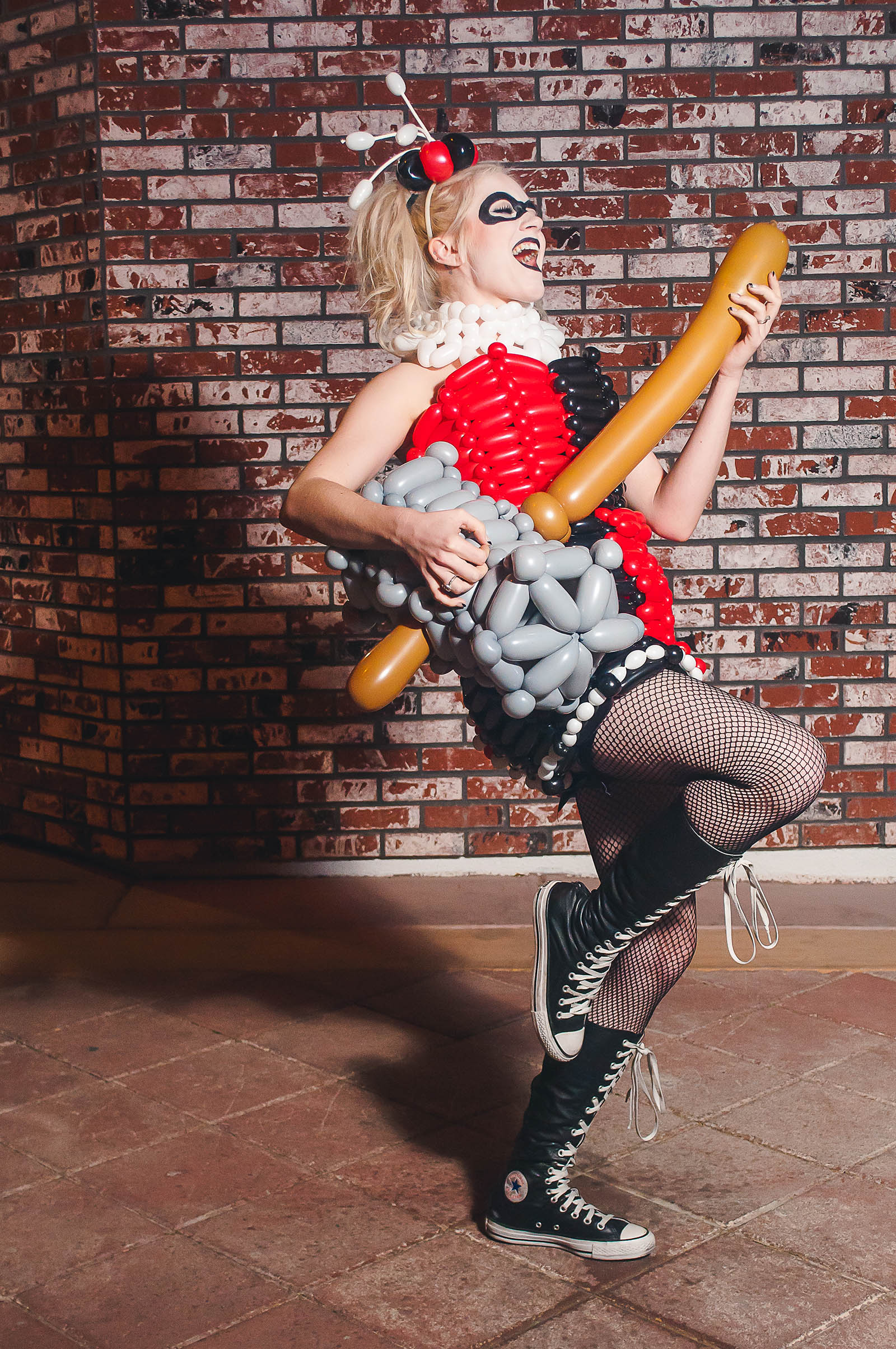 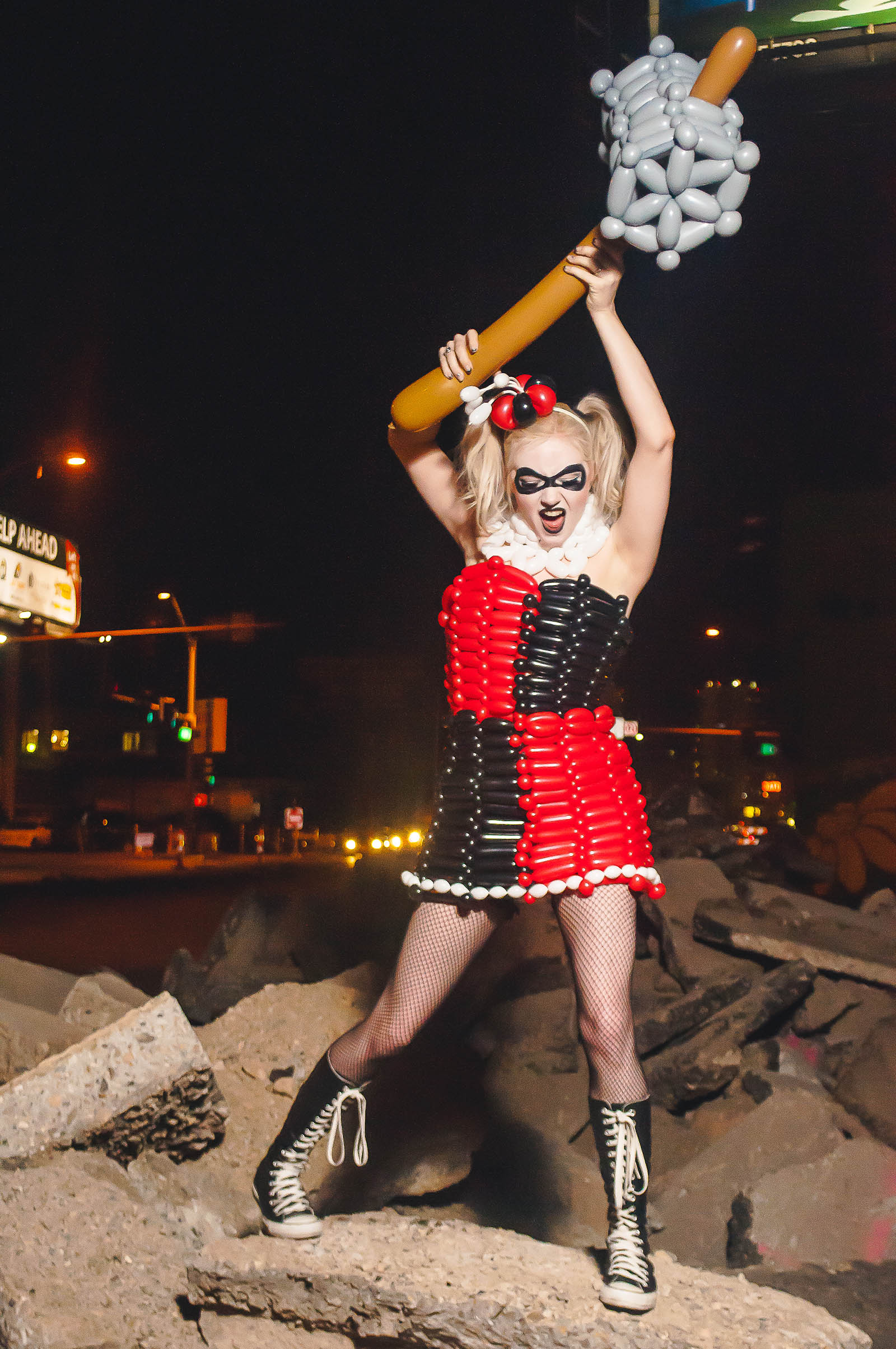 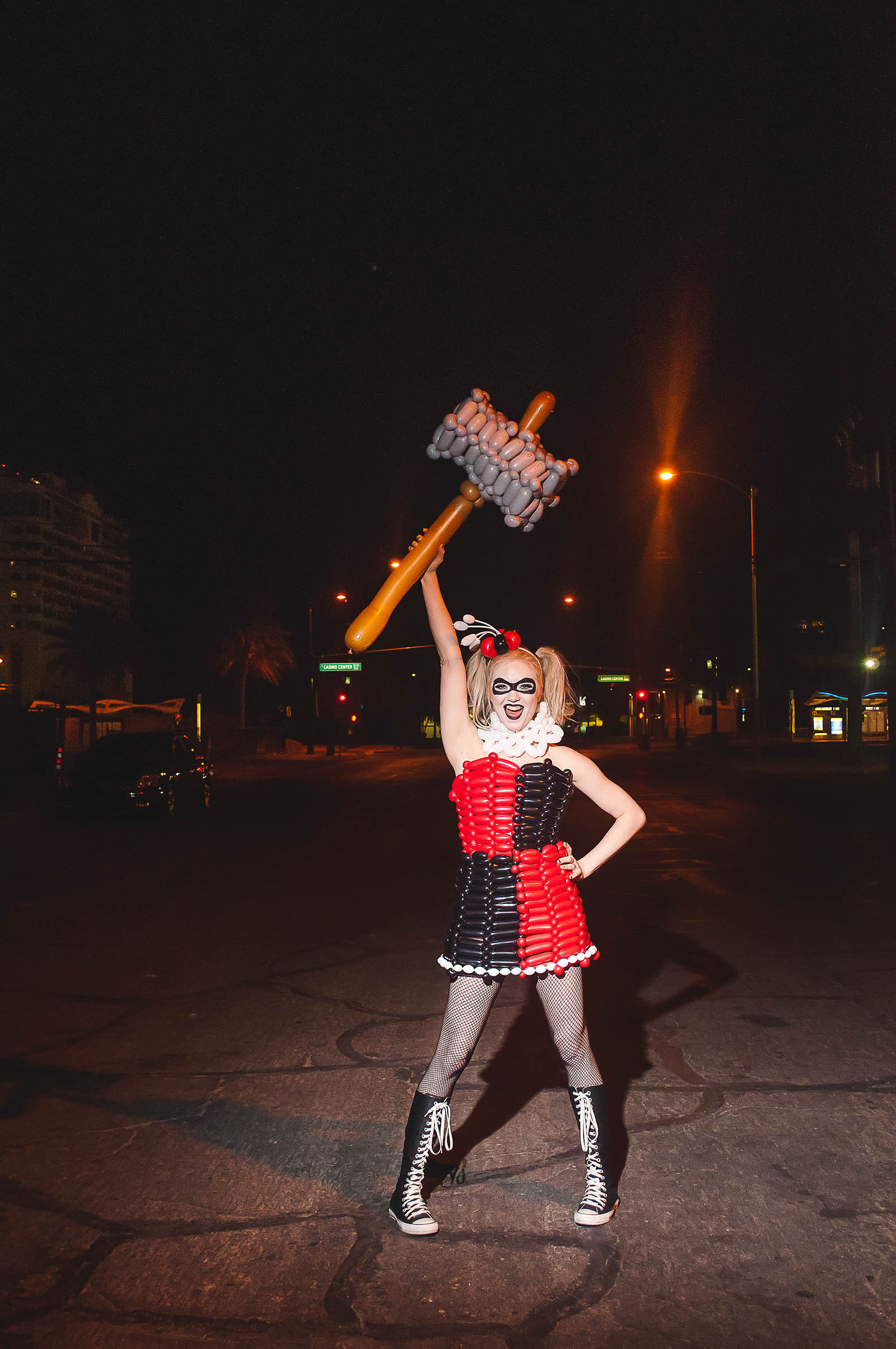 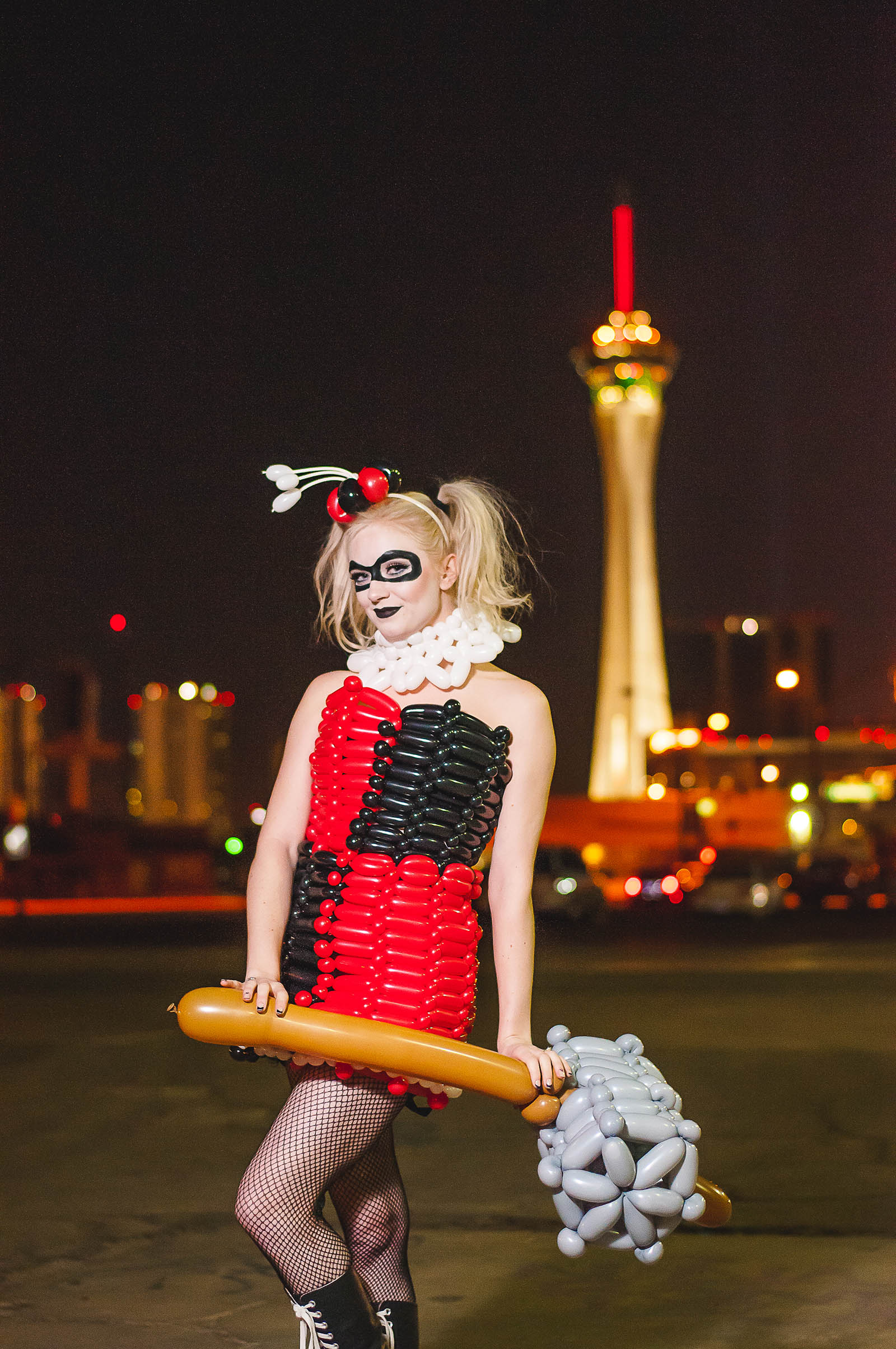